If skinning in a t-shirt, and wearing running shoes for half of the approach to your objective sounds like an ideal day in the mountains, then plan a summer backcountry ski/snowboard tour immediately. For the diehard snow lovers, and those who prefer warm weather turns, the on-snow season never ends in North America — put in a little extra effort and you can find yourself exploring the mountains on your skis or snowboard in the middle of summer. Here are six lines to consider for your next backcountry skiing/snowboarding tour:

Looking for a proper summer ski adventure? Look no further than Saint Mary’s Glacier. This area conveniently sits north of I-70 in Colorado and requires a long approach and steep hike to earn your turns. Saint Mary’s ‘Glacier’ is not a true glacier, but rather a semi-permanent snowfield that, on a good year, holds snow well into the summer season.

One of the best things about Colorado is how easy it is to access high elevation lines. The Skyscraper Glacier is one of those lines. Located in the Front Range of Colorado, west of Nederland, this 700-foot line usually holds snow all year. While you’ll need to time the descent correctly (it’s South-South East facing with lots of sun exposure), you can get in multiple laps if you plan the day wisely. 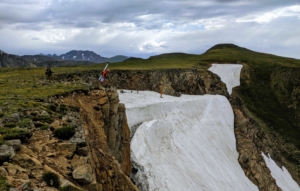 If you’re in search of a less crowded backcountry adventure in Colorado that includes sliding downhill on whatever board you fancy, Grizzly Peak is the right choice. Colorado’s highest 13er provides less people than the 14,000 foot peaks, and still gives you the feeling of being on top of the world. This couloir typically holds snow into the summer, and offers around 1,300 vertical feet of steep riding for your descent.

Located on the flanks of what some may call the crown jewel of Colorado, Longs Peak, sits Lamb’s Slide: a couloir arm that runs off the Mills Glacier with 1,200 vertical feet of rideable snow (depending on conditions). The 9-mile excursion offers some of the best views of Longs Peak in Rocky Mountain National Park, plus a steep and fun ascent of the Lamb’s Slide line that you’ll descend back down.

Even in the summer, Mount Shasta typically has wide open, snow-filled bowls. Photo: Jimmy Howe on Mount Shasta in 2017.

The snowfield between the Hotlum and Wintun Glaciers on Mount Shasta’s east face typically holds snow well into the summer and provides a sustained, steep ride back down. If it’s been a good winter and the weather cooperates, you can have some of the best turns of the whole season with three to four thousand vertical feet of corn snow. Shasta’s summit is 14,162 feet – and while that easily compares to many Colorado peaks, you start at a significantly lower elevation; so it’s a great place to prepare for bigger mountain objectives.

Washington state’s highest peak, whose summit sits at 14,411 feet, Mount Rainier requires good navigation skills to select the best route and avoid the numerous cravasses on Paradise Glacier. Consider finding a guide service for this climb if you don’t have experience with ski mountaineering. Once you summit, there’s multiple options for riding down, all of which will likely deliver an awesome adventure and opportunity to explore the alpine and use your boards during the peak of summer. 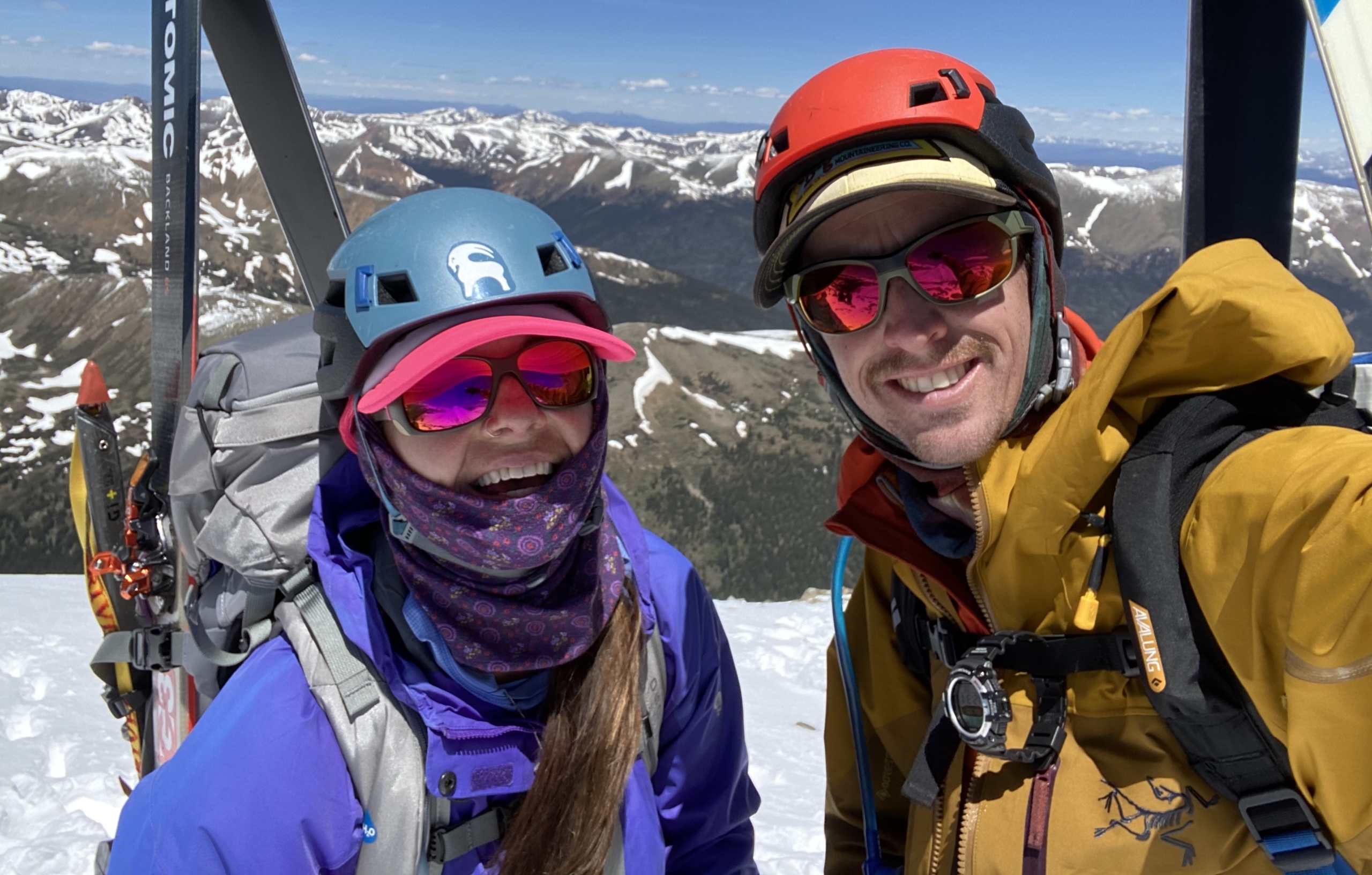 All smiles and stoke as fellow Bluebird, Kat Chiamaichelo and her partner summit Torreys Peak in June. Photo: Kat Ciamaichelo

If your backcountry setup is packed away, or your boots are too worn out from a winter of human-powered turns, there’s a few great lift operations in North America that stay open into the summer season. Timberline Lodge on Mount Hood in Oregon is open June – September, with a lift taking you up to the Palmer Glacier. Mammoth Mountain in California is another good option for a multi-sport adventure including summer snow shredding. They close June 5th for the regular season of on-snow operations, but plan to be open the weekend of July 4th for boarding/skiing and a general fun time on snow mid-summer. You can even explore some backcountry tours outside Mammoth before or after taking advantage of the ski lifts. 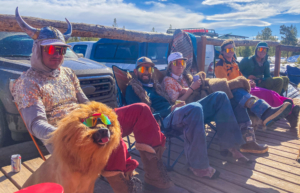 Summer touring can be some of the most fun days of the whole season, and the hours you have to enjoy a beverage with friends post-tour typically get longer and sillier (as pictured above). It may feel like all fun and games, but don’t forget to stay aware if you venture onto the snow this summer. While snowpack conditions generally stabilize in the warmer months, timing is everything and avalanches still happen. Make sure your have avalanche training, an understanding of the current snowpack conditions, and are aware that the snow is ever-changing — particularly when exposed to sun and wind.

Check out the photos below of our team gettin’ after some mid-summer turns. 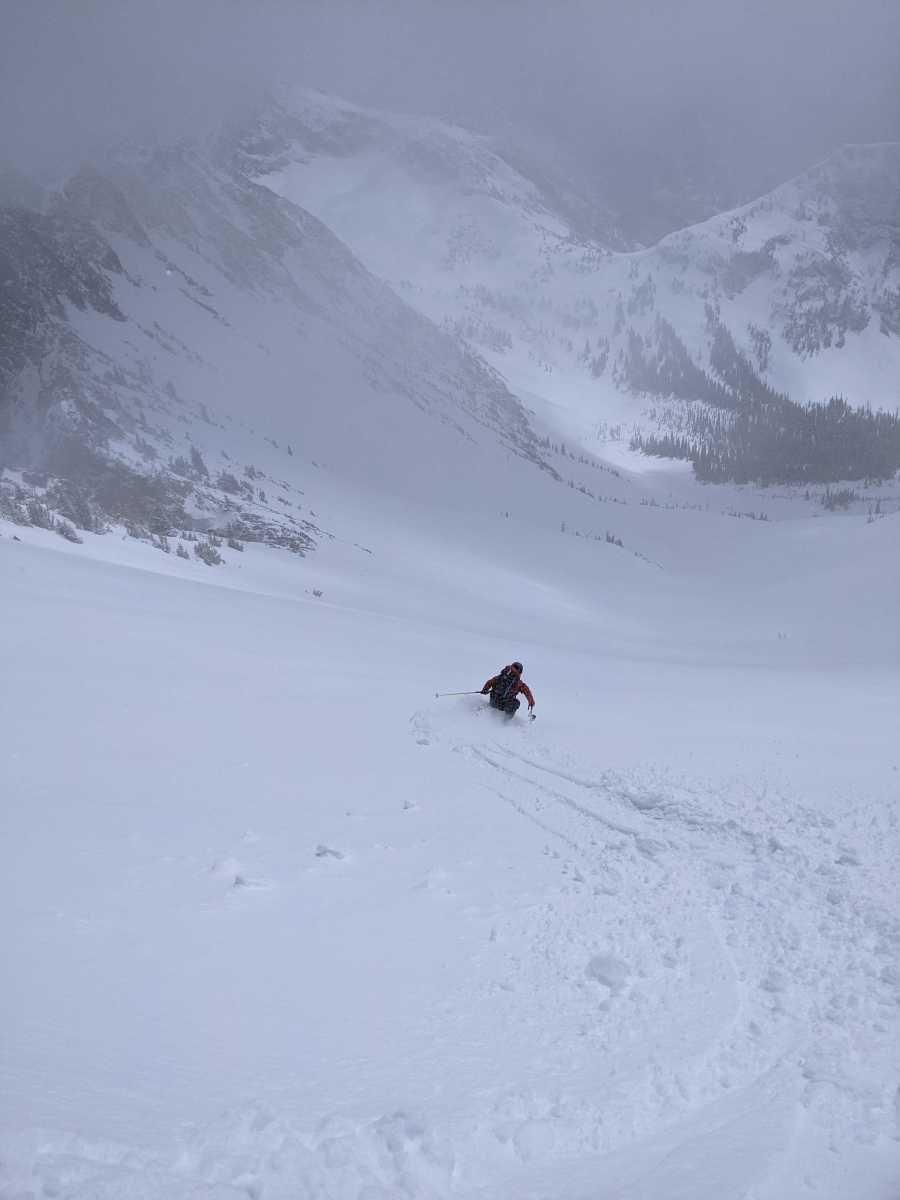 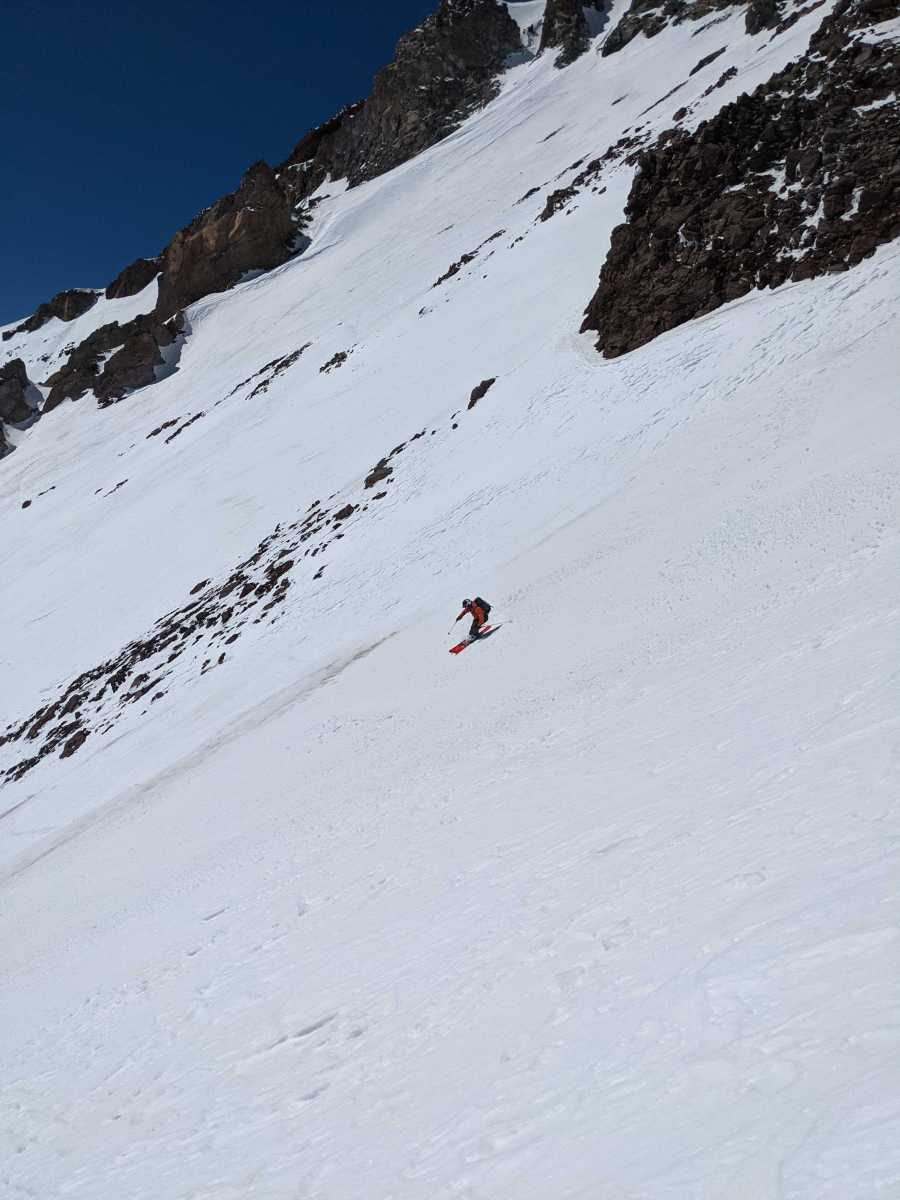 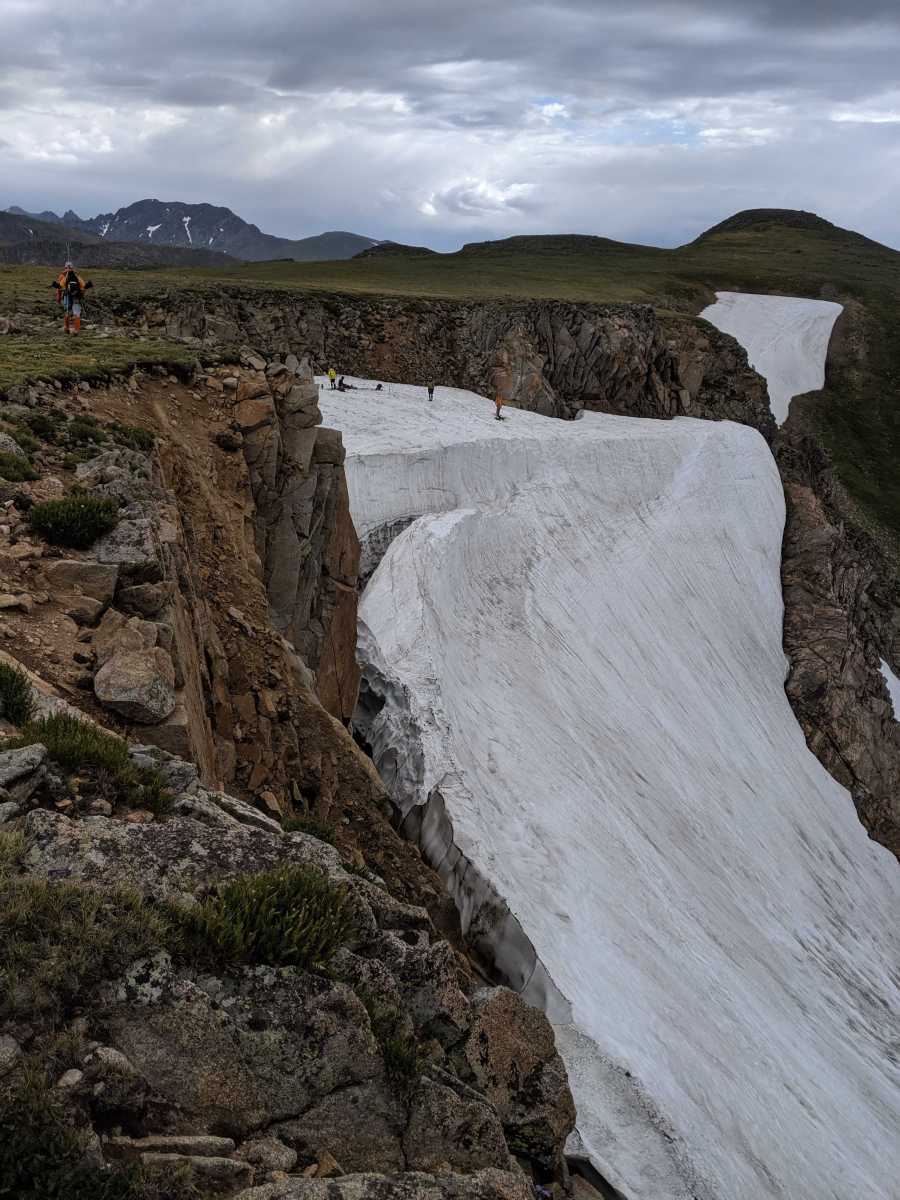 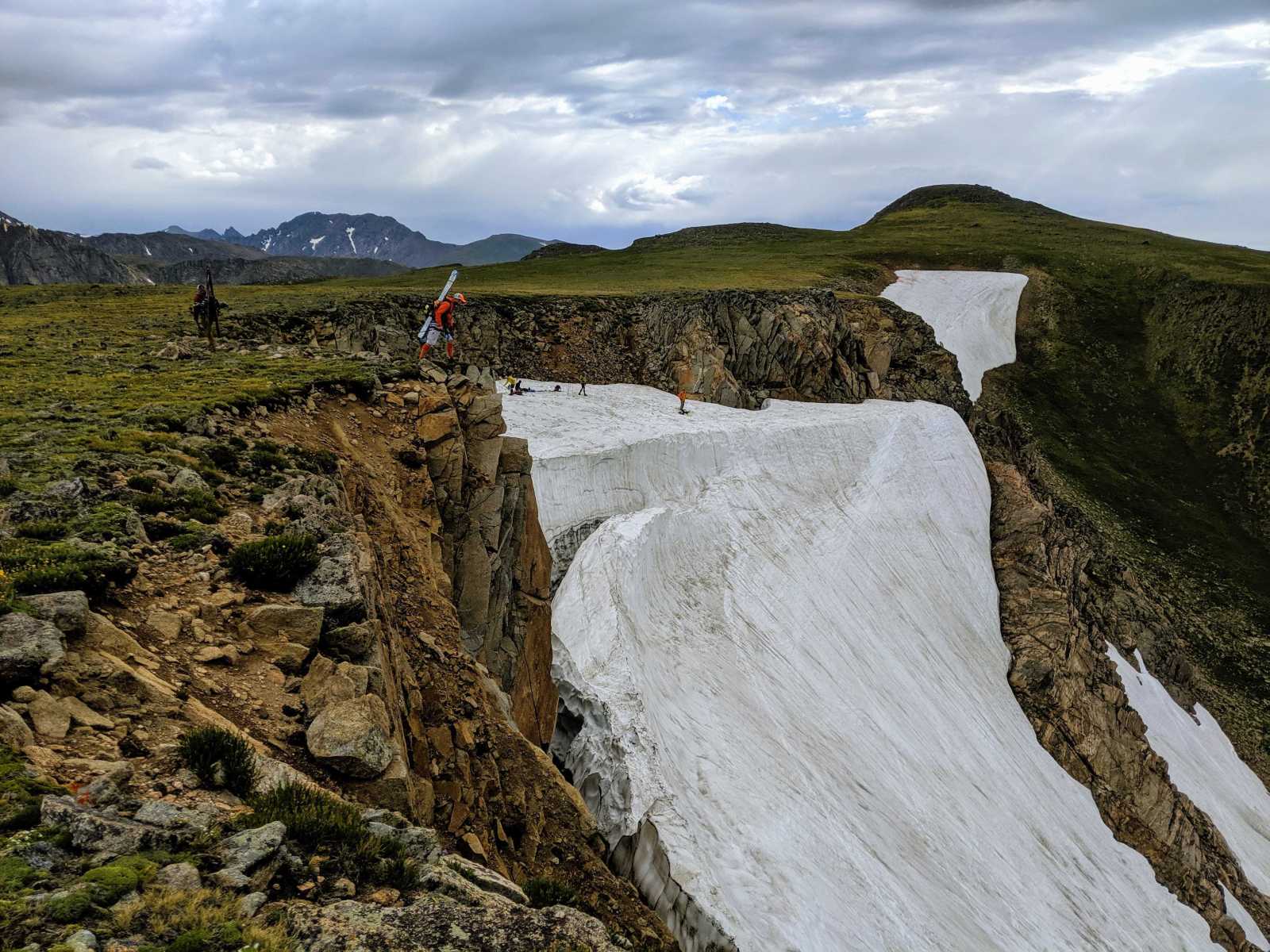 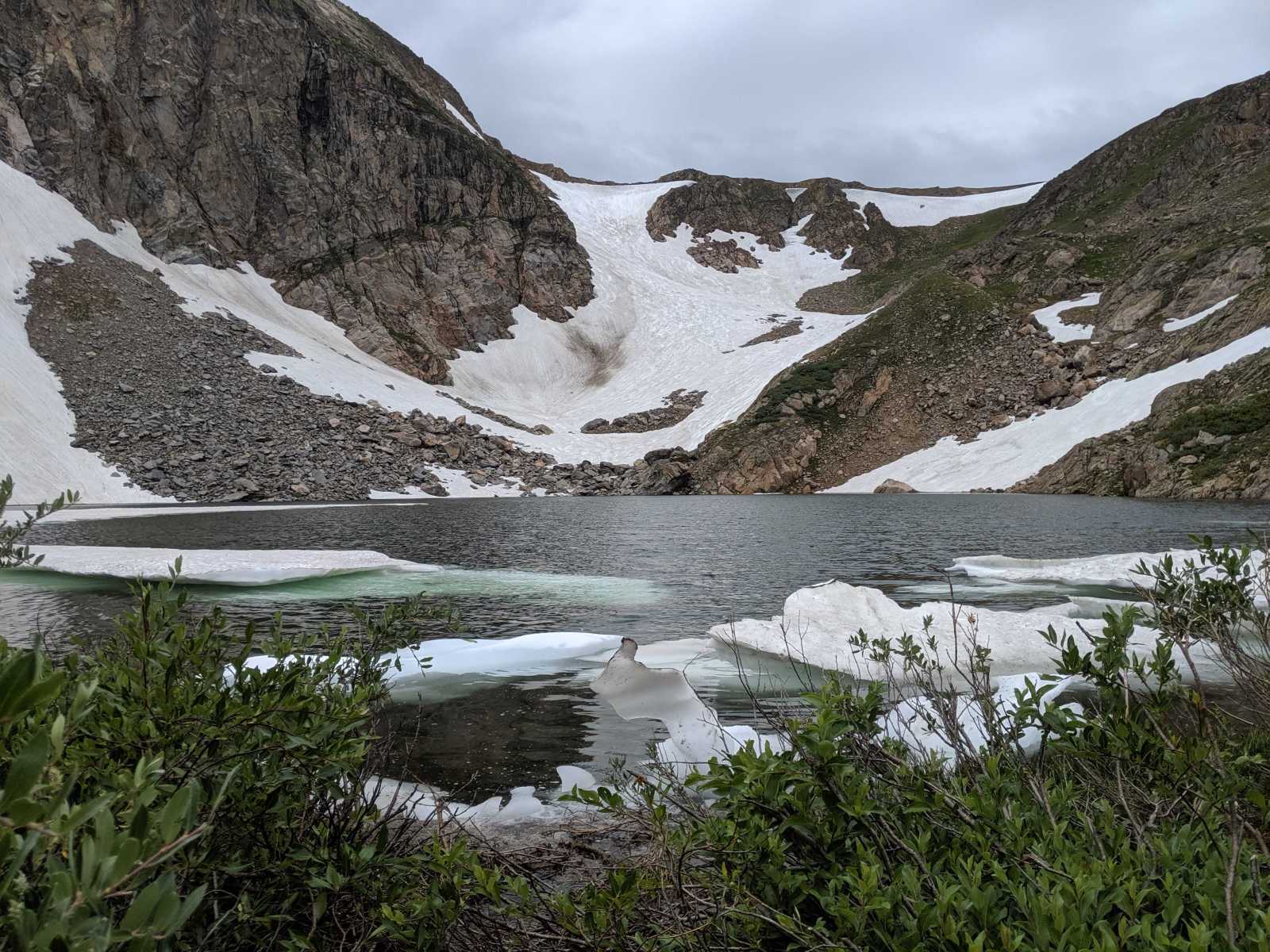 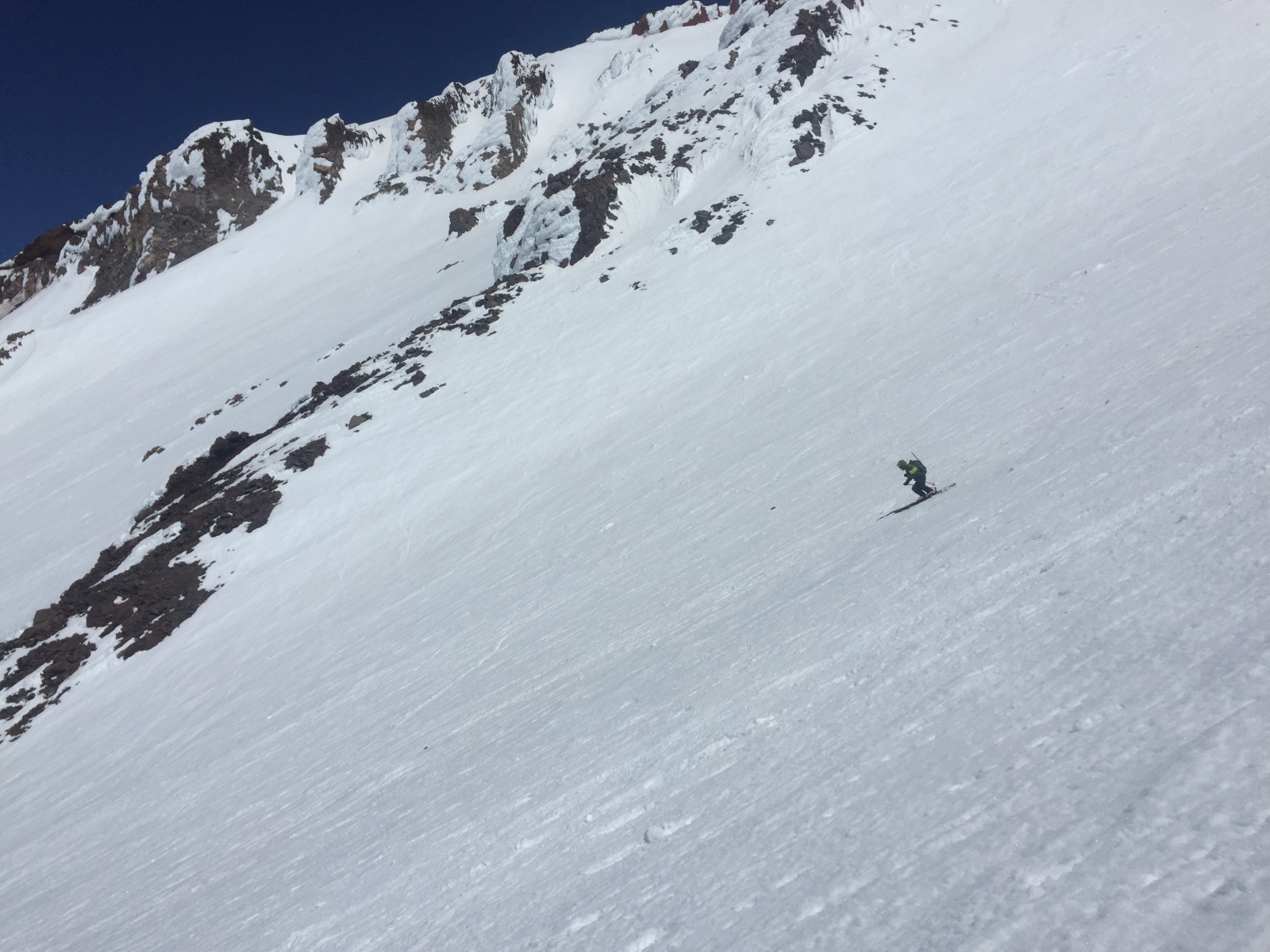 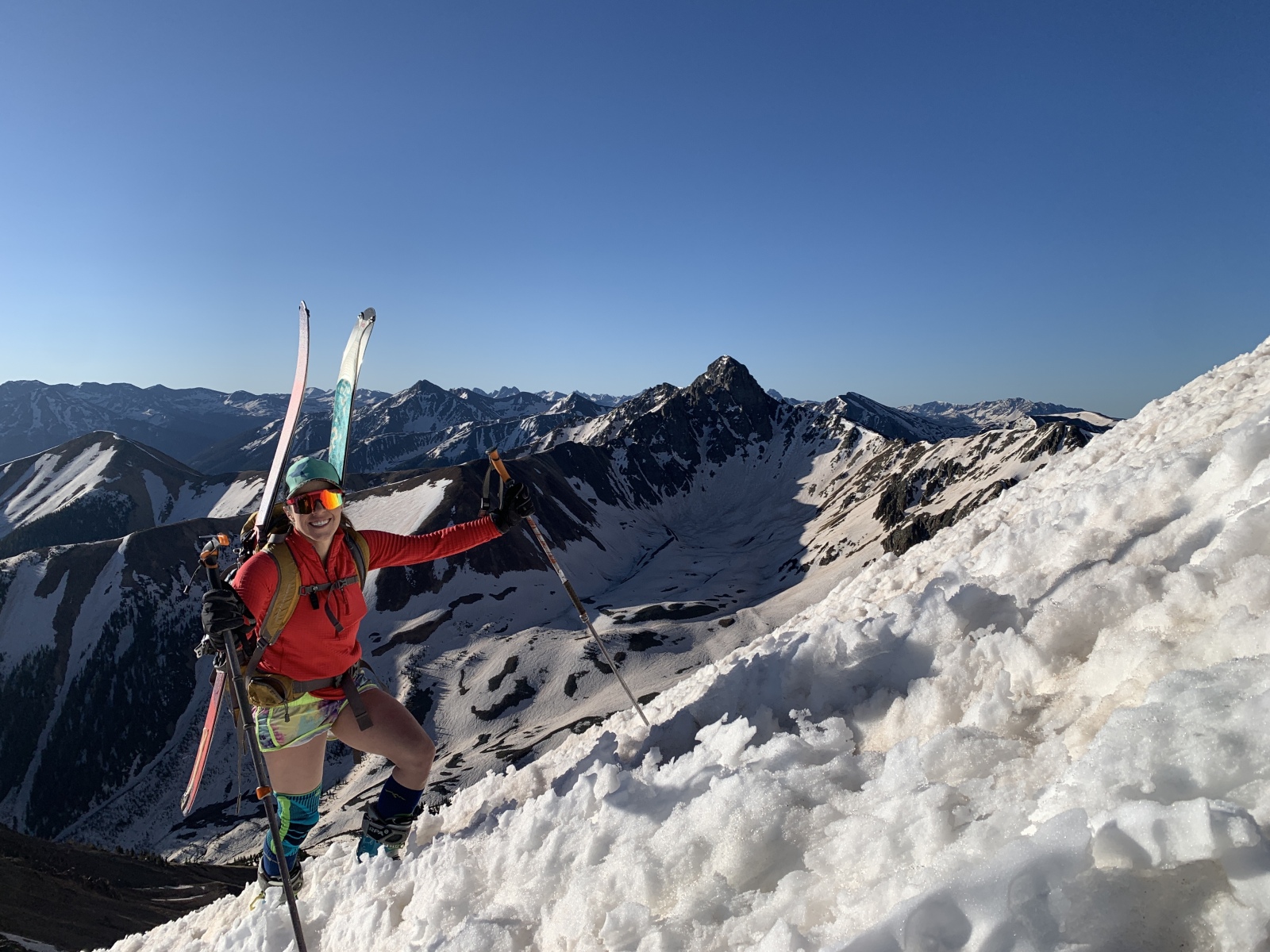 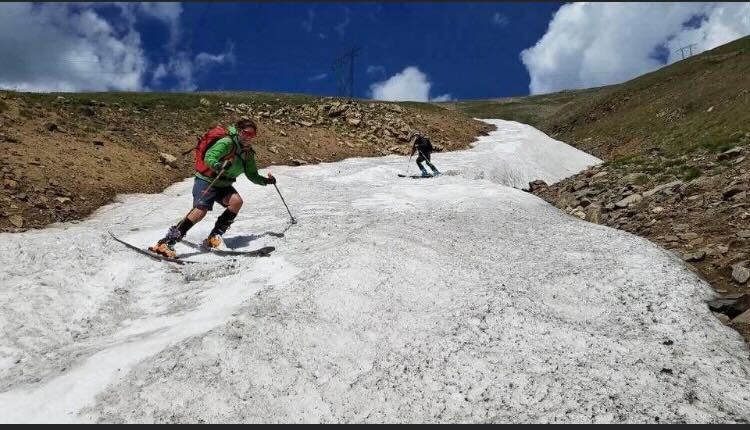 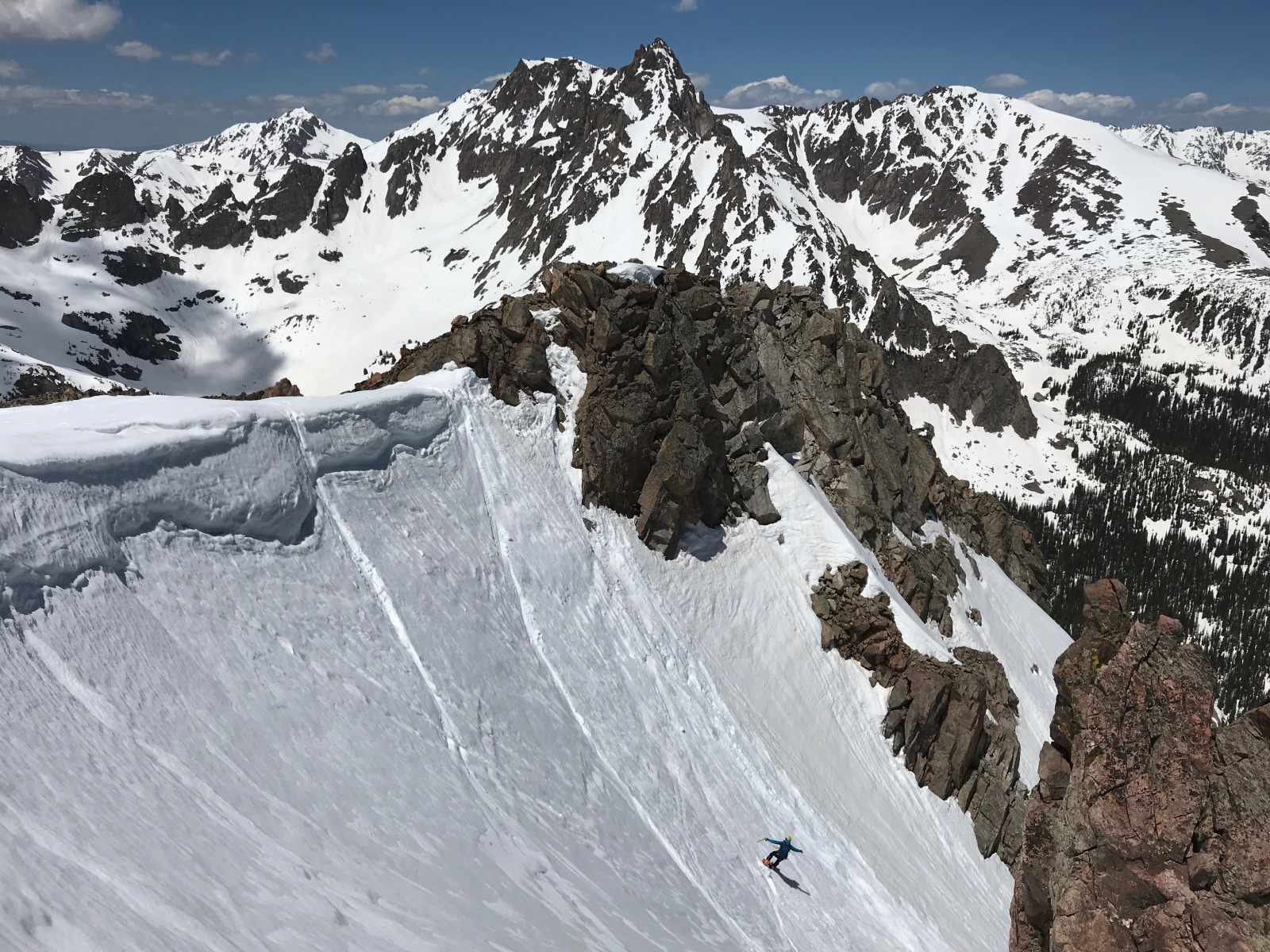 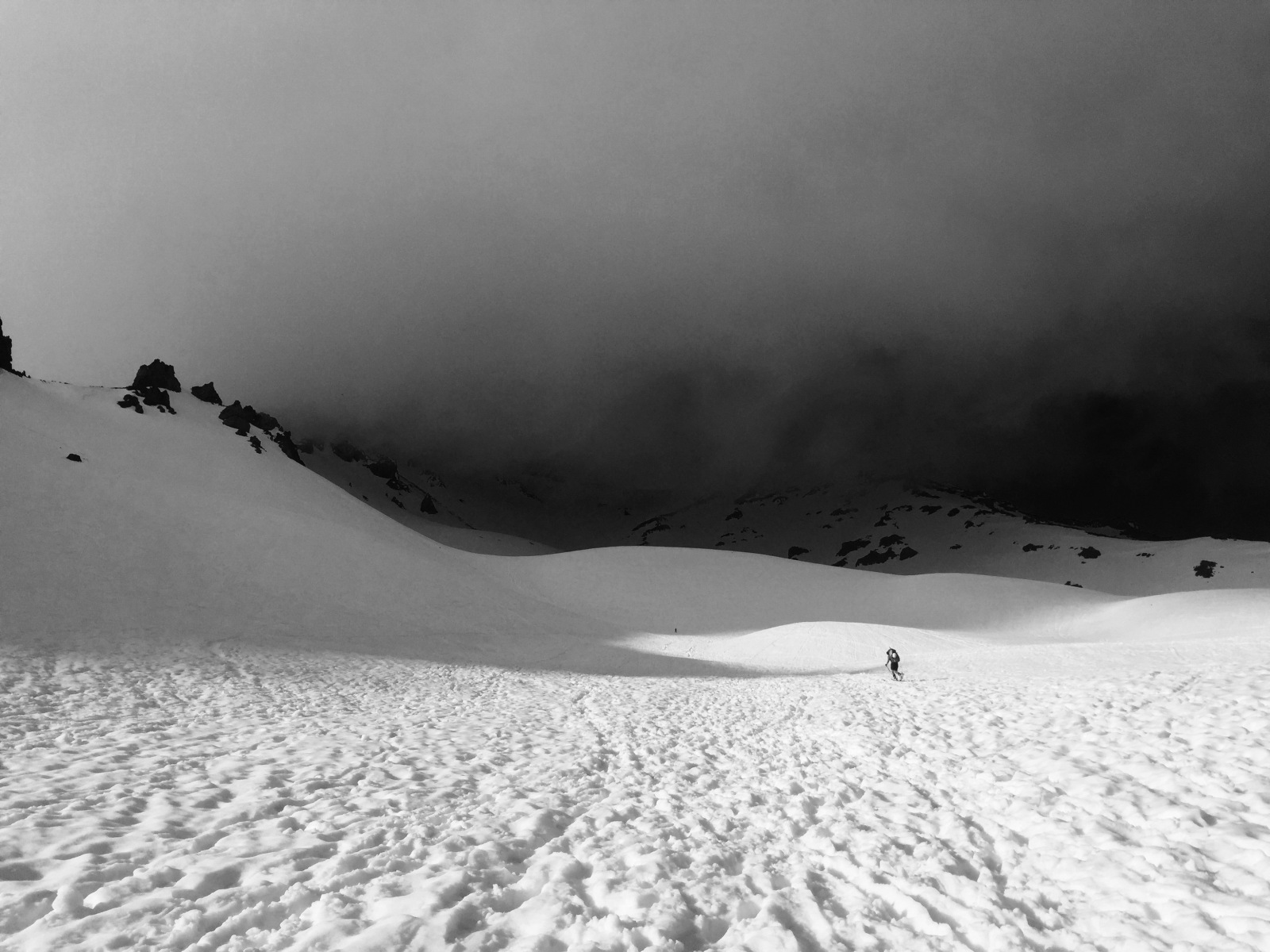 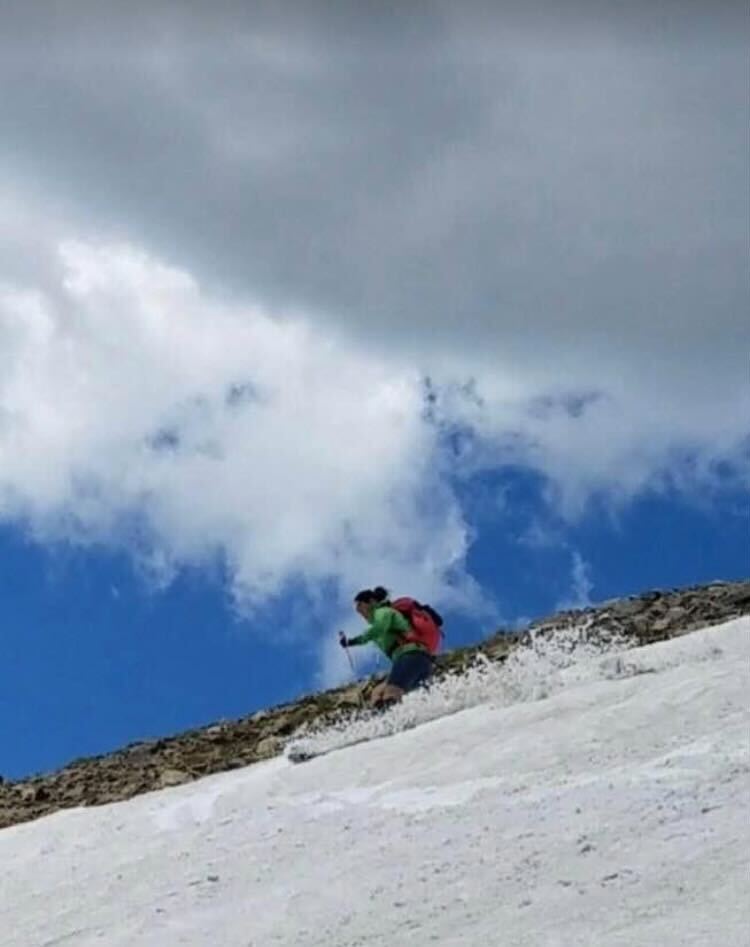 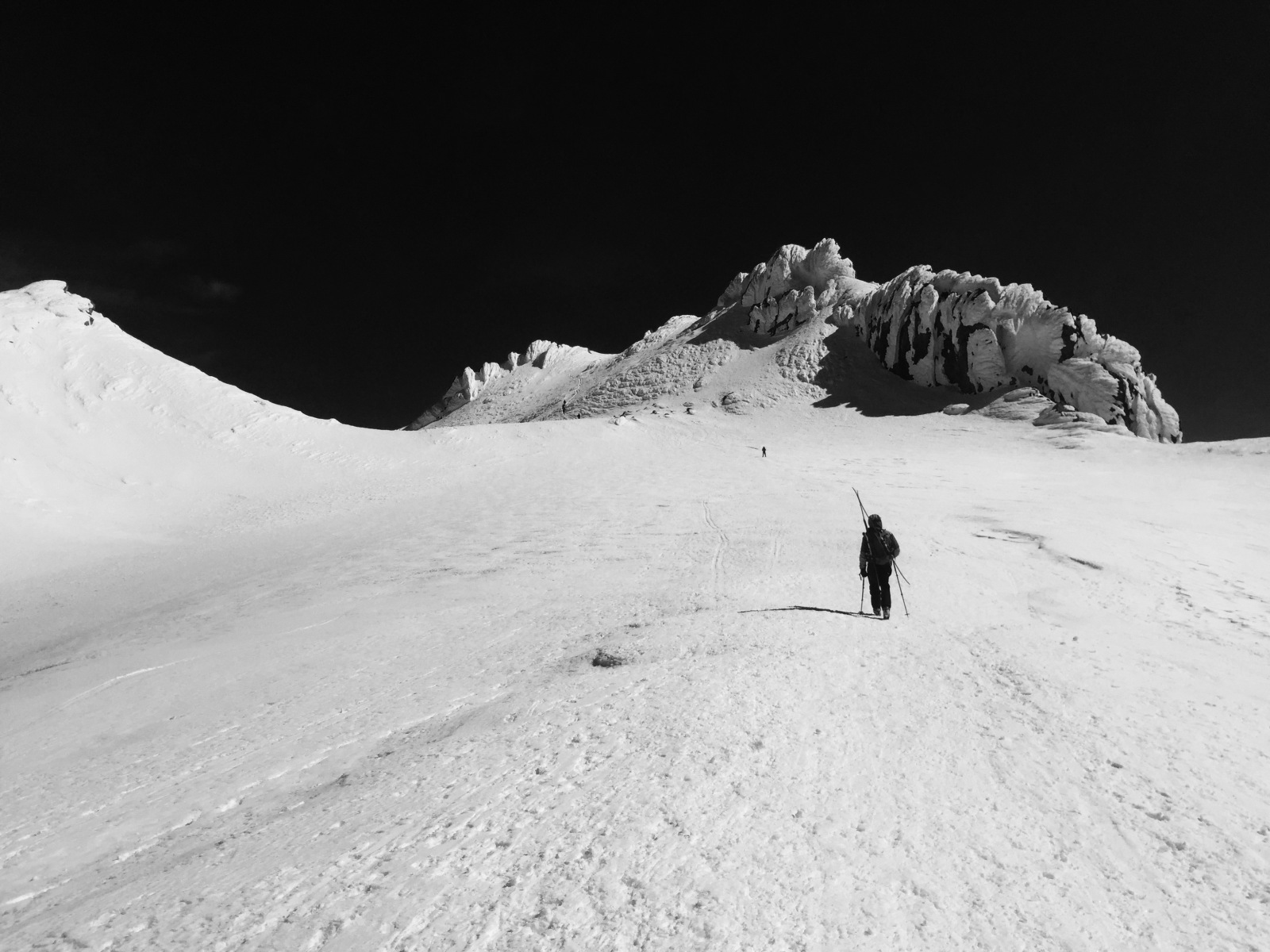 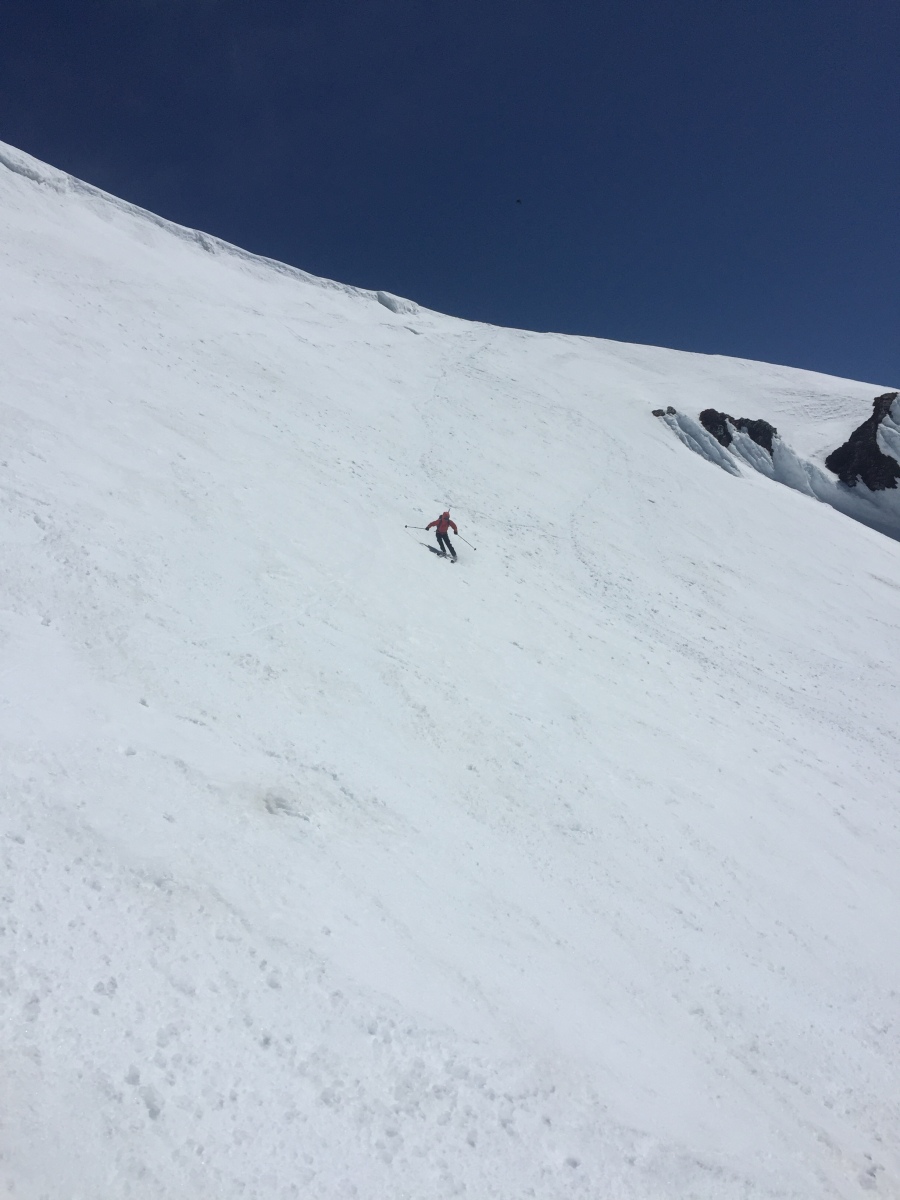 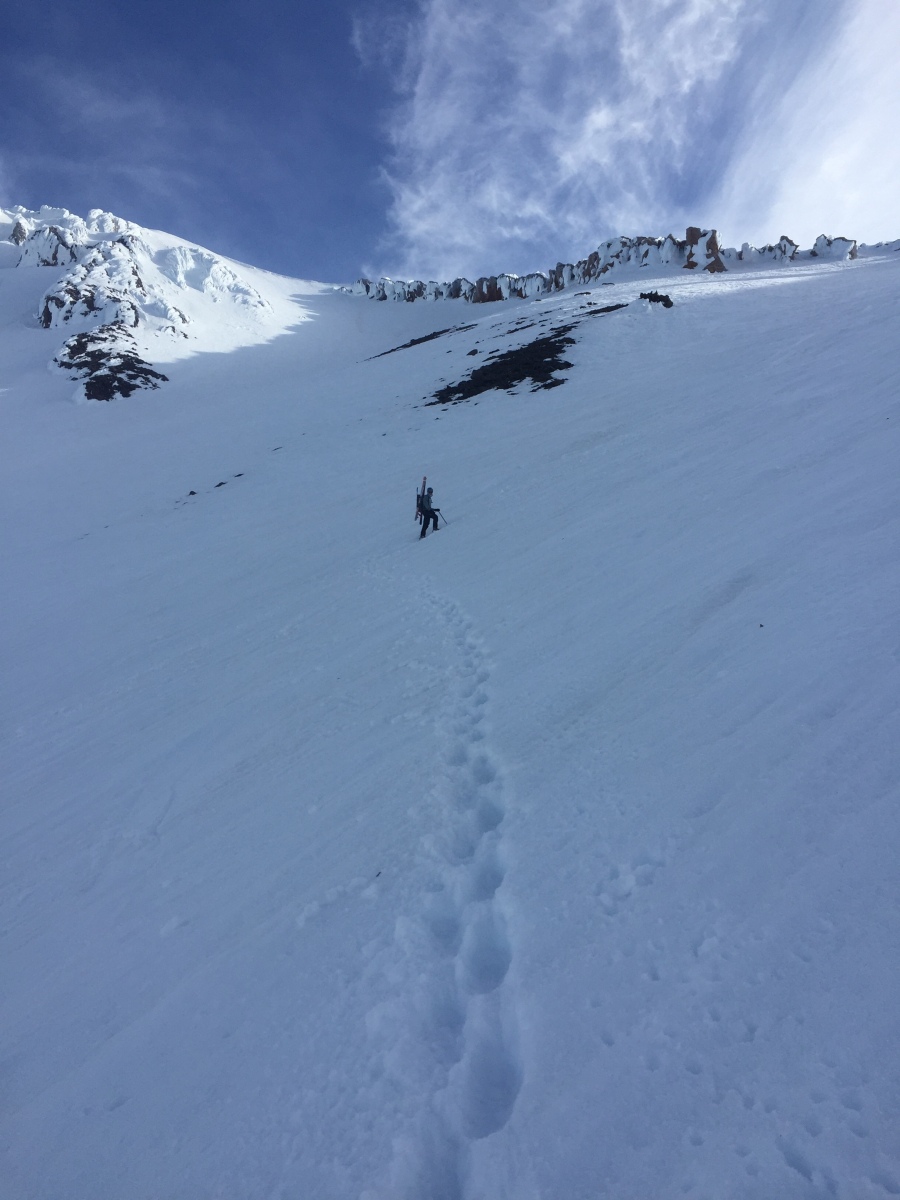 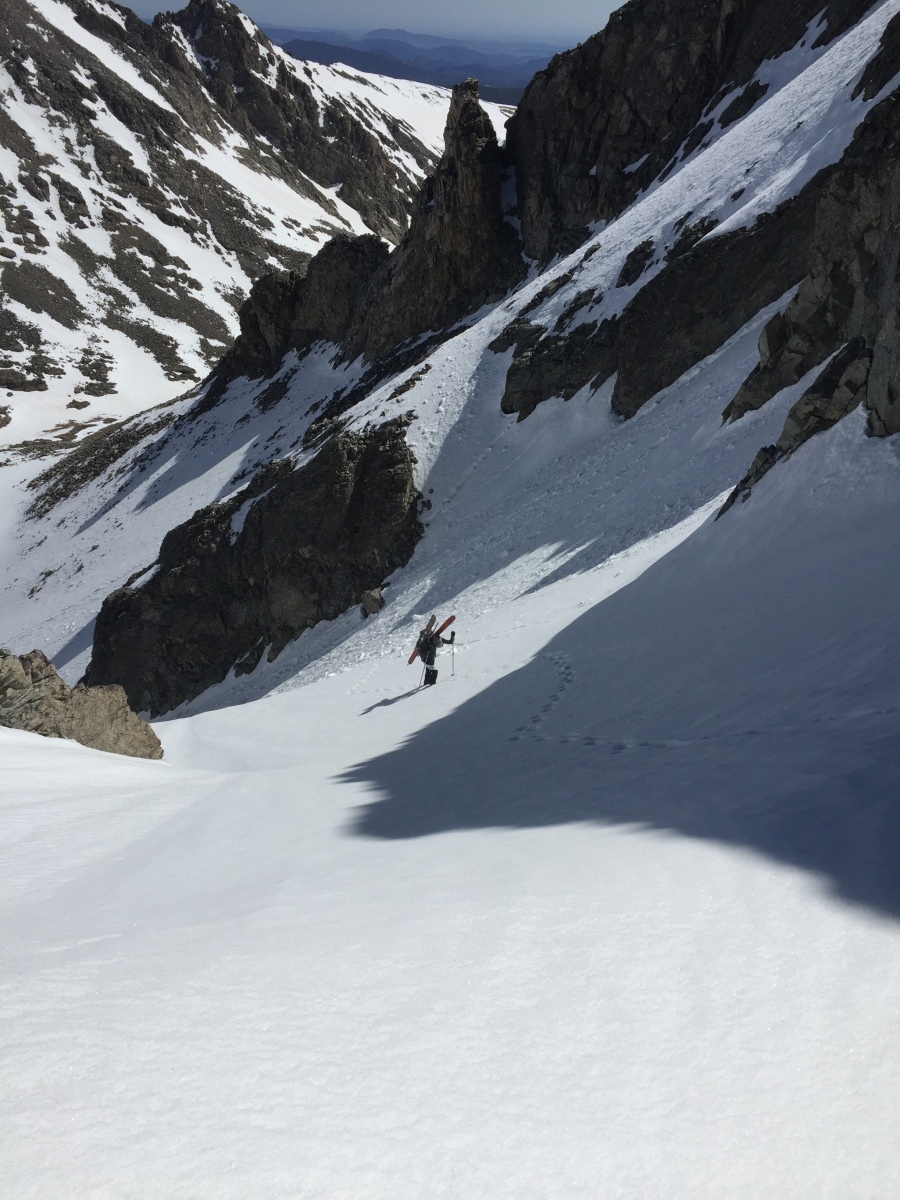 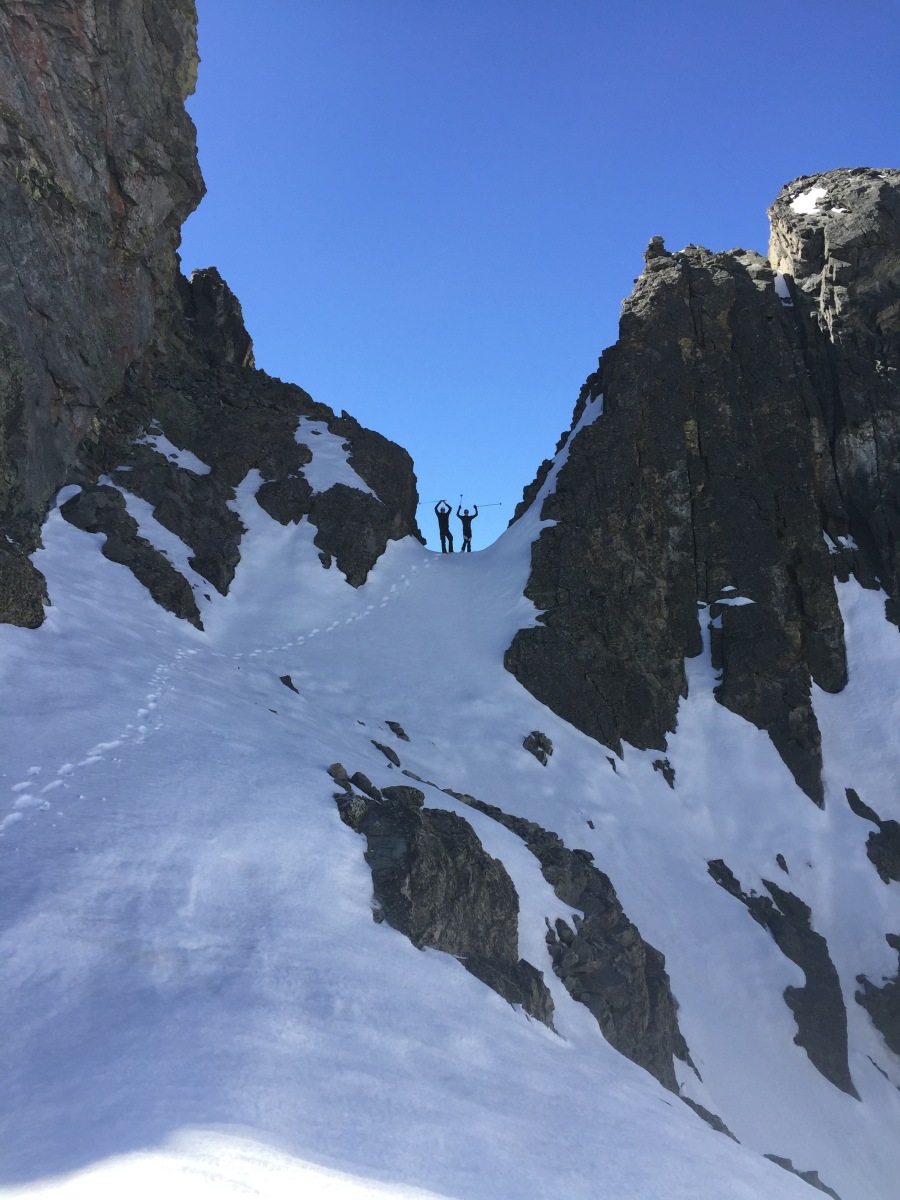 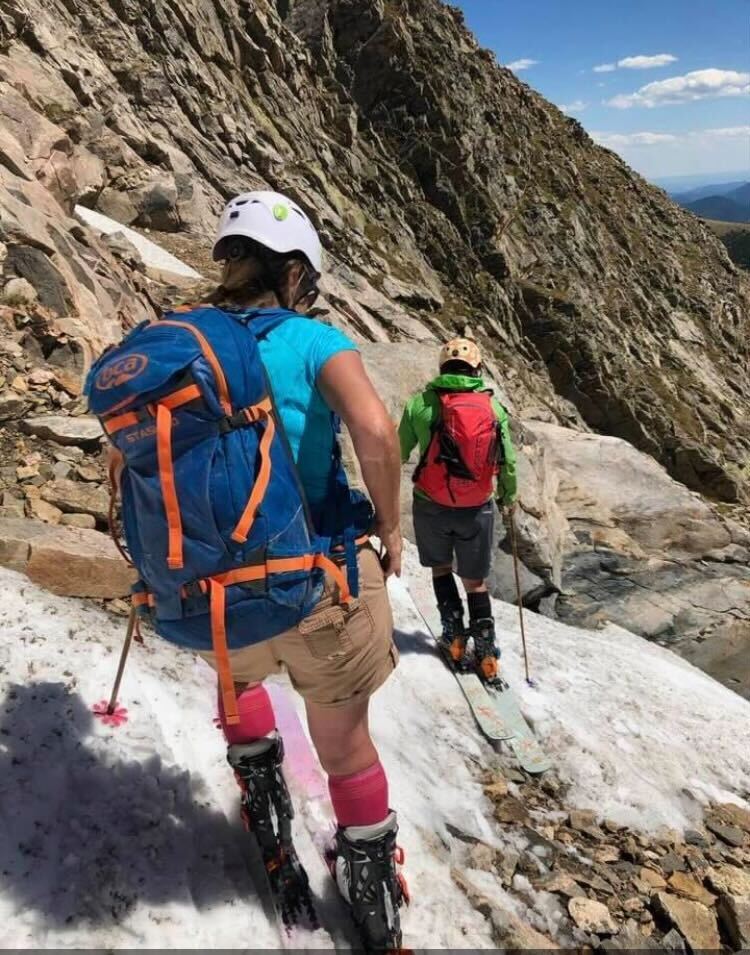 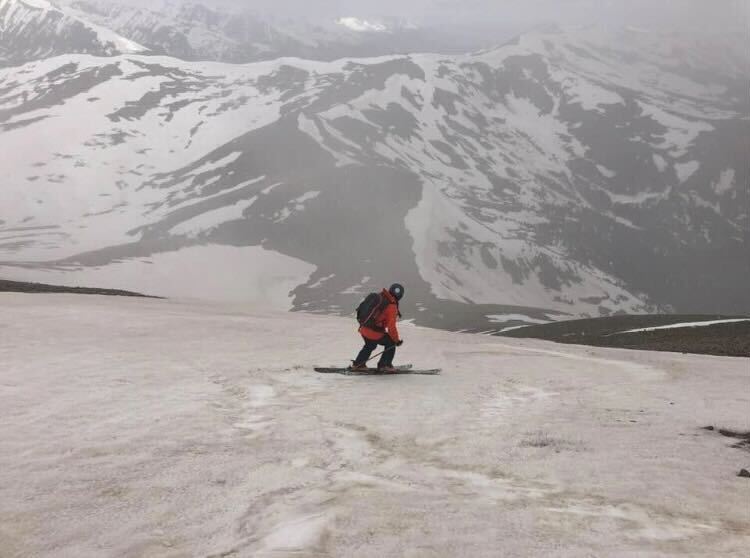 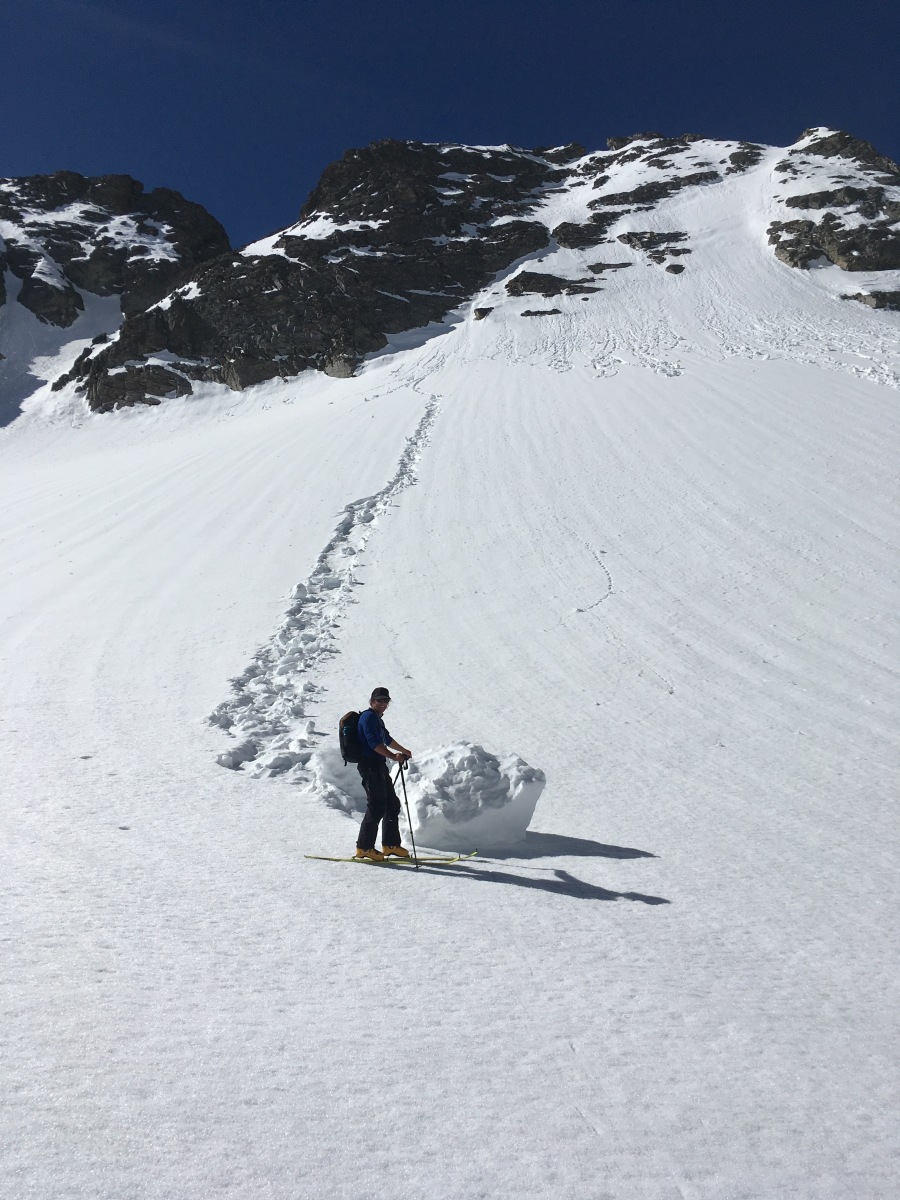 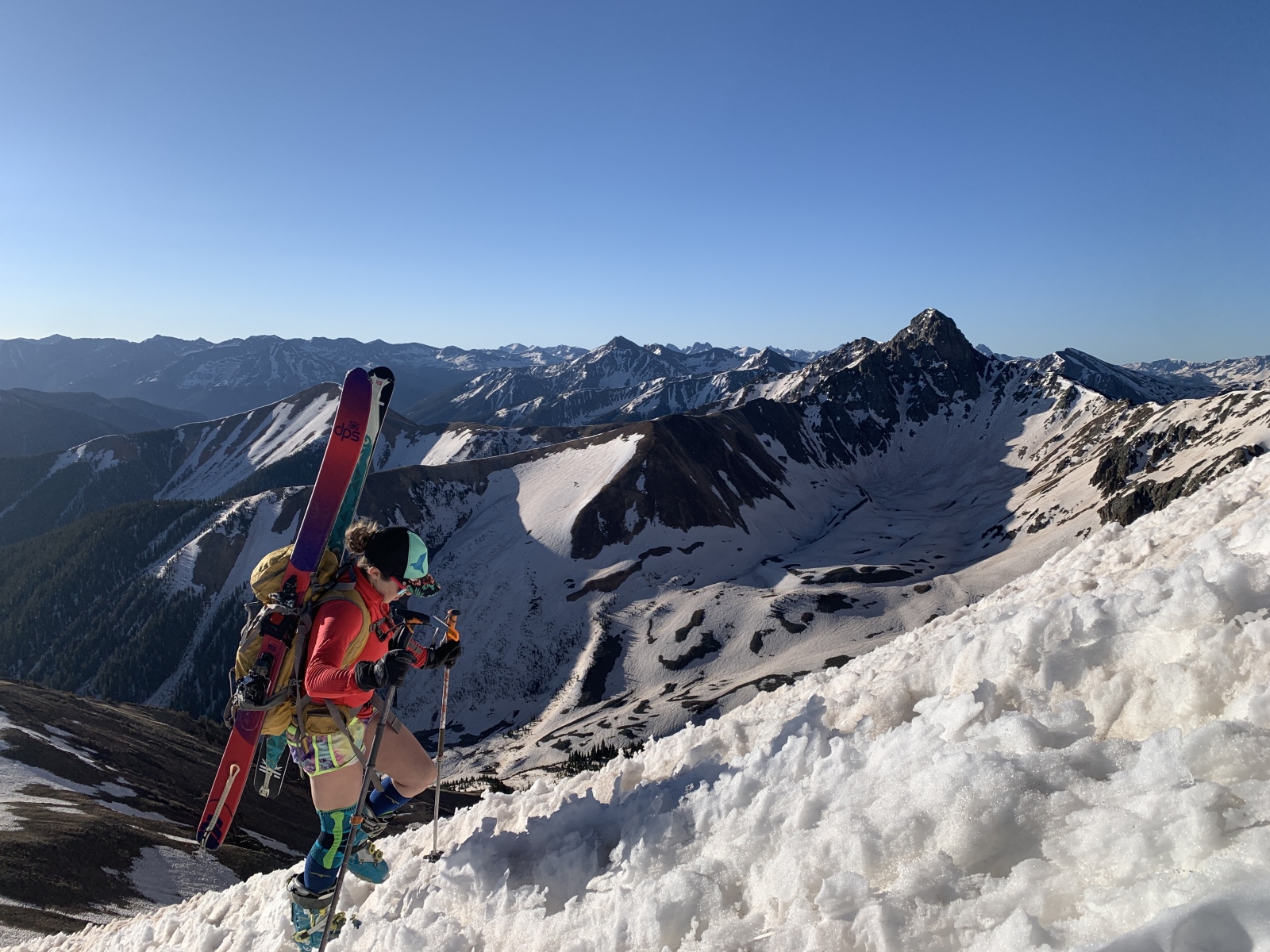